Chance’s Champs: Sorceress of the Circle

Needing just one last strike to secure a CIF Central Section championship two weeks ago, the Templeton High School softball team turned to its best player to deliver, and she did. Texas A&M commit Ashley Daugherty struck out one last batter to secure the 3-2 victory and Division 3 title over Dinuba.

From the moment she stepped on the rubber, she was locked in.

“I’m just looking at the glove, all I see is the catcher,” Daugherty said.

Her focus was undeniable.

“Mentally, physically, emotionally, just everywhere in the game, I feel like I’ve gotten stronger in those areas,” Daugherty added.

Her four years as a starter prepared her for the biggest moment of her career.

“I handed her the ball and said that she’s the best player on the field, get it done,” Templeton head coach Keith Swank said when the Eagles entered the field in the bottom of the seventh inning.

She got it done. Ashley’s 1,078th career strikeout closed out her 66th career win in green and white. She ends her time at Templeton with a 0.83 ERA and is the proud owner of five no-hitters.

Her success didn’t come without some adjustment. Ashley had to develop a new bond with catcher Madison George, a freshman, after she lost longtime batterymate Ashley Ingle to graduation last year.

The two had hitters fooled all season long.

“Once you keep messing with their timing, whether that be a changeup to a fastball to an offspeed to anything else, it makes it really hard,” Daugherty explained.

Even with all her accolades, Ashley finds herself reflecting on what the Eagles were able to accomplish during her time at Templeton.

“There can be all the individual stats in the world, but the ones that go down in the books with the team and what memories we made this year, it tops all of it,” Daugherty said.

“I don’t think it could have been any better,” Swank added. “If I had to pick a year, I’m glad it was this one. Her ability to go out this way was special.” 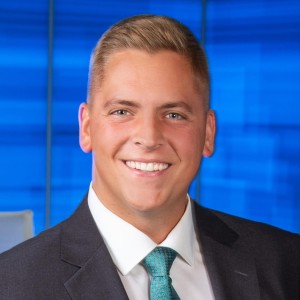