A search is underway for the pilot of a Navy fighter jet that crashed Wednesday in a canyon dubbed Star Wars Canyon in Death Valley National Park. Seven people on the ground suffered minor injuries when the aircraft went down in the area that attracts visitors who want to observe low-level training flights, officials said.

The F/A-18E Super Hornet crashed in the area of Rainbow Canyon around 9:50 a.m., said Capt. Jim Bates, commodore for the Strike Fighter Wing Pacific based at Naval Air Station Lemoore.

“We’re looking for an aviator out there, hoping for the best,” Bates said at a news conference.

Crews have located the crash site and will be searching for the pilot throughout the night, Bates said.

The canyon, dubbed Star Wars Canyon, got its nickname because its mineral-rich soil and red, gray and pink walls bring to mind the home planet of “Star Wars” character Luke Skywalker, the Associated Press reported.

The fighter was one of two planes conducting low-level training in the area Wednesday, officials said. It is unknown if the pilot, who has not been identified, ejected.

Military flights are not uncommon in the area and have been occurring there since the 1930s, Death Valley National Park spokesman Patrick Taylor said.

The site draws photographers eager to capture images of military jets flying above and below the rim of the canyon, which starts as a small desert wash and quickly deepens, and at its mouth the canyon is about a mile wide, Taylor said.

“That’s one of the attractions, is that people can get pretty close and see the jets,” Taylor said.

Rangers on Wednesday found seven injured visitors at the overlook, Taylor said. It was unclear how they were hurt. The area is within Death Valley National Park but also within a military training zone.

The circumstances of the crash are under investigation.

A man who heard jets roaring through the area and then a cloud of smoke told the Associated Press that “it looked like a bomb.”

“I just saw a black mushroom cloud go up,” Aaron Cassell, who was working at his family’s Panamint Springs Resort about 10 miles away and reported the crash to park dispatch, told the news agency.

Bates said that the training was a scheduled low-level flight.

“It’s a dynamic environment, and we train to the highest of standards,” he said. The search area is “rugged, it’s remote, so it’s going to be challenging,” Bates said. 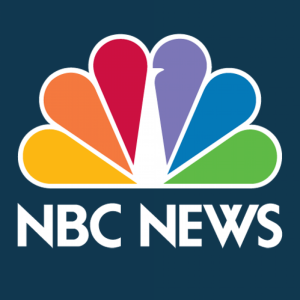