The shooting at the Gilroy Garlic Festival hit a little too close to home for many people on the Central Coast, and it raises questions about what’s being done to prevent a similar tragedy at popular local events.

Every week, thousands of people pack into downtown San Luis Obispo for the Farmers’ Market and during the summer, Concerts in the Plaza.

In 2018, the San Luis Obispo City Council voted to install barriers to prevent someone from driving into the market crowd.

But now some wonder if more can be done to protect people coming out for a good time downtown.

“In light of the Gilroy incident, maybe there’s some retrospective thinking that SLO can do that still gives us the feel of a small town and that need to be able to intermingle without a lot of security and still make people feel secure enough to get out,” said downtown shopper Brenda Reynolds.

“I think (the police) are doing well. Maybe they need to add a little more presence because everyone gets a little nervous, just so everyone feels comfortable and continues to come,” said visitor Brenda Ellingen.

“Even with the best planning in place, if someone is really determined, there’s just no telling what can happen. So we try to be really practical when we think about what is possible with large groups of people in one place together but we also don’t want to be overly paranoid because we do believe in the value of people coming together,” explained Bettina Swigger, CEO of Downtown SLO.

The San Luis Obispo Police Department now has four officers that patrol during Farmers’ Market, nearly one for each block. However, police say the market’s multiple entrances and exits can pose a challenge for officers.

The city says they are now looking for bids from contractors for the street barriers and hope construction will start in early 2020.

SLOPD says if the community wants more officers for downtown events, it would have to get approved by the City Manager and the City Council. 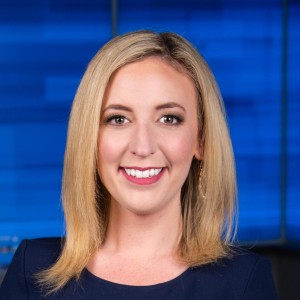 Melissa Newman is a multi-media journalist for KSBY News. You can send her story ideas at mnewman@ksby.com.